Here we are, three years later.

I don’t write as often as I should. We’re working on other projects for the most part- the shop keeps me busy most weeks, as does the Little Monster Levi, and Josh plugs away at work.

We’re pretty dang happy here in this neighborhood that’s become our home. Hopefully 2016 is kind to us. We’ve certainly got a lot planned for this year!

Dealing with some unforeseen blog maintenance issues. Hope to have it solved in a jiffy!

Unusually, no new DIY project or update today sorry folks. Just wanted to outline a few goals I have for this little blog-oh-ours for the upcoming winter/year. I feel like there’s quite a bit to do around the ol’ blog … END_OF_DOCUMENT_TOKEN_TO_BE_REPLACED

For those of you who read yesterday’s update, or follow along on instagram and Facebook, you know that we spent the majority of our summer setting into our new digs! And now, we’re ready to show it off to you … END_OF_DOCUMENT_TOKEN_TO_BE_REPLACED

After our three month hiatus, joyosphere is BACK! I know, I know, it’s been a while, but unplugging for the summer really has it’s benefits for the old noodle, you know what I mean? It gives us a chance to recharge, slow down,  and spend some quality time with our family! But now, we’re here to share our hiatus happenings with our beloved blogging family!

Well, once we came back from the Czech Republic, we had to get packing! After accepting an offer on our house while in Prague, (SURPISE!!) we had just TWO WEEKS to pack up all of our stuff, and get the heck out of dodge, oh, and find a new house! Luckily, we had one in mind before we even left the country, and after a bit of back and forth negotiations, we settled on our gem of a house in our desired neighborhood! And there was no going back!

Moving day came and went, and our friends and family showed up in droves to help us pack up our truck (a 27 footer from Home Depot! DIY moving baby!) that we filled to the brim with all of our earthly possessions, plus a few trips in the Fusion taking some smaller loads to the new house…) and we said goodbye to our first home, and oh yes, there were a few tears.

As if traveling to Europe and moving weren’t enough for one month, we found out that Josh would have to make another business trip abroad! To China this time. We were in the new house for just two weeks before he had to leave for China, and I was left to my own devices with the new house. AKA paint the whole downstairs while Josh isn’t home. Muhahaha!

With the help of our trusty Wagner Power Roller, I knocked that sucker out in just two days! TWO days! That power roller is well worth the cheddar in my opinion. And then Josh was gone for another week and a half… and no more work was accomplished 🙂

We barely got a breather this summer! The week Josh got back, we headed north to Michigan for a weekend to visit with family. He was pretty tired that weekend, but I think it helped with the jet lag for him. That month we also had our AC unit act up, two large pine trees removed from the yard, and we also had a trip to Michigan City and Chicago at the end of the month. Phew! And that was just July!

August, we vowed to not go anywhere. We were staying put, and after just completing a 10K in Chicago, I was more than okay with that idea! But then August turned in “let’s paint the upstairs!” for me, and seven doors, three rooms, a staircase, and a hallway later, I never wanted to look at another can of paint again! Which turned out to be great, because we were a week away from our house warming party Labor Day weekend. Which, was a blast! We wanted to say thanks to all the folks who helped us move and keep us sane while we were moving. Not to mention we wanted to show off our handiwork that had been completed so far! Sixteen pounds of barbeque, massive amounts of beans, potato salad, veggies, and gallons of iced tea and lemonade were consumed that day. Not to mention the giant cheesecake, cookies, and other sweets that managed to disappear throughout the day… It was an awesome day, full of friends, family, good food, and love.

I couldn’t have asked for a better way to end the summer!

Can’t we ever just have a quiet summer? That’ll be a goal for next year… a nice, quiet summer.

Oh! And for all of you wonderful supporters of Joy, I’ve got a special deal going on! 20% off ALL orders until September 30! Just use the promo code READERS at checkout to get your discount! Get em’ while you can!

Annnnndddd we’re back! Sorry, the whole jet lag thing kind of got to us last week (as well as the bazillion and a half other things that needed to be done as soon as we got home… more on that … END_OF_DOCUMENT_TOKEN_TO_BE_REPLACED

So last time we left off, I left you hanging with this little picture here: Not very nice, I know, but there is just SO much to tell you all about that I want to make sure that I don’t … END_OF_DOCUMENT_TOKEN_TO_BE_REPLACED

I don’t even know where to start! Thus far, the Czech Republic has been absolutely amazing… beyond amazing to be completely honest! They are so welcoming and accommodating to us Americans, that they have my deepest gratitude (there’s nothing like … END_OF_DOCUMENT_TOKEN_TO_BE_REPLACED

That’s right folks, we’re gearing up for our biggest trip yet! We’re traveling across the pond to Prague, Czech Republic! And our house is all sorts of crazy right now! Meaning, the next time you hear from us, we’ll be … END_OF_DOCUMENT_TOKEN_TO_BE_REPLACED

Dear May! Boy, oh boy, did you get here fast! I can hardly believe it! We’ve been working away here and time has once again slipped through our fingertips! (Bye April, we’ll miss you!) And I have a feeling that … END_OF_DOCUMENT_TOKEN_TO_BE_REPLACED 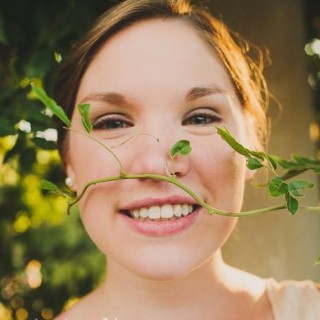 Hi there! I'm Audra! My husband and I are just a couple of newly-wed, twenty-something, do-it-yourself-ers learning and loving what it means to be homeowners and sharing our story- the good, the bad, and the ugly- with all of you wonderful people as we make this place our own!

visit our friends at:

NetworkedBlogs
"Make it your ambition to lead a quiet life and attend to your own business and work with your hands." ~1 Thess. 4:11